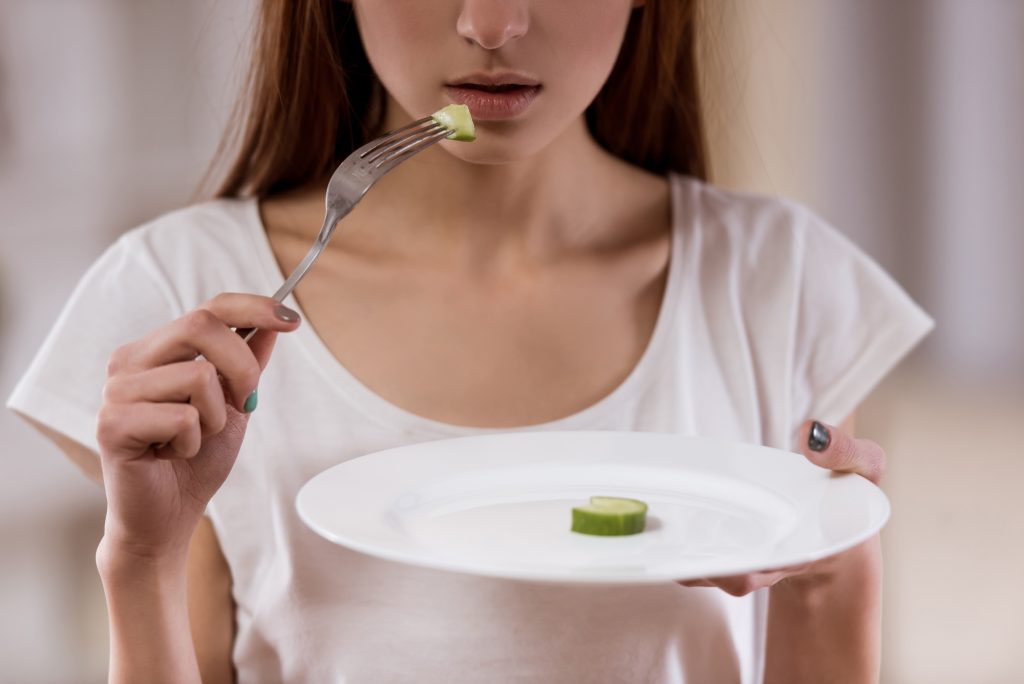 Anorexia Nervosa has the highest mortality rate of any mental illness. While it affects more women than men and most often manifests during youth, it can be a struggle faced by anyone.

For loved ones, it can be hard to know if someone is in trouble and needs help. This is especially true when one of their symptoms is secrecy and hiding their behavior.

Keep reading to learn anorexia symptoms, how to recognize a problem, and more about this dangerous and deadly disease.

What Is Anorexia Nervosa?

Anorexia nervosa is a mental illness that affects more than 30 million Americans. Someone dies because of an eating disorder every 62 minutes, though one in five deaths are due to suicide.

Over half of those suffering from anorexia or another eating disorder also face anxiety and/or mood disorders.

There are certain factors needed for a full diagnosis of anorexia nervosa:

You don’t want to wait until someone is deep in the throes of an eating disorder before seeing the signs and trying to help. Early medical intervention could save their life.

What Are the Risk Factors?

There are several anorexia nervosa risk factors that can influence someone’s chances of developing the disorder. Some of these include:

These are not the only factors that determine one’s risk of developing an eating disorder.

It can be difficult to recognize the symptoms of anorexia because one of its signs is to hide the other behaviors associated with it.

So let’s look at signs you may see or should keep an eye out for if you’re concerned about a loved one.

One of the first things you may notice is a significant change in their eating habits. This could include making excuses to get out of mealtime. They may say that they ate earlier or are eating later, that they aren’t feeling well, or that they just aren’t hungry.

They may become quite restrictive with their food or choose to only eat certain foods at specific times. Some cut down to eating one apple or stick of celery a day.

Often a person with anorexia will set rules for themselves around food. This can include chewing each spoonful a certain number of times, not letting different foods touch each other, not letting their lips touch the utensil, and more.

You may notice they break up their food into tiny pieces, have strange food combinations that normally wouldn’t go together or new aversions to foods they used to love.

Changes in What They Wear and How They Look

Your friend’s wardrobe will become looser and bulkier. They will cover themselves more and feel cold most of the time because of malnutrition.

They may change several times throughout the day and have a new fixation on what they wear. They may also neglect personal hygiene because they don’t have the energy needed to take care of themselves.

Their appearance will change in other ways. The obvious sign will be weight loss, eventually leading to bones showing, strong jawlines, and a pale, sickly complexion.

They may also develop a thin fur-like layer of hair all over their body while losing hair. The peach fuzz covering called Lanugo occurs because their body is trying to stay warm while in starvation mode.

A family will often notice a change in bathroom habits. Their loved one is spending a lot more time in the bathroom. This could be due to the use of laxatives or constipation because they’re not taking in enough food.

Your loved one may be sleeping more due to malnutrition or depression. Fatigue is a common issue that often occurs due to nutrient deficiencies.

The brain needs fuel to work properly. When a loved one is starving themselves, they will often have cognitive and concentration issues. They will be moody, unable to think or hold a conversation, and lose interest in social interactions.

They may start making irrational and unreasonable decisions in their lives. Their brain is literally being starved to death, which affects their ability to think straight.

Hobbies and activities they once loved will eventually become too difficult for them to accomplish because they have no fuel in their system.

You may find that your loved one is incredibly hard on themselves. They will feel a compulsive need to control situations. They will withdraw from people and things they love and will be extremely secretive or manipulative, especially in stressful situations or at mealtime.

What Can You Do to Support Them?

Eating disorders affect loved ones as they often feel helpless and frustrated by the situation. Many believe it’s as simple as getting the person to eat more.

While anorexia seems to be about food and eating habits, it actually is a disorder centered around control. The more you confront and argue with a person to “just eat,” the more stubborn they may seem.

Some things you can do to offer support are:

There are many things that you can do to offer love and support to your loved one. You’ll need to be patient and understanding as they find the strength to seek treatment and recovery.

Watching a loved one struggle with anorexia symptoms can be draining, discouraging, and one of the most difficult things you’ll ever face. Don’t forget to take steps to care for yourself and find inspiration to keep your spirits up.

Check out our self-improvement section to help you focus on self-care.

How To and Educational Posts